We Can Code IT on NPR’s Sound of Ideas

We Can Code IT's Lauren Holloway inspires women of color in tech! Listen to her inspiring journey on NPR's Sound of Ideas.
Do you like it?4
Read more

White House Welcomes Cleveland’s “We Can Code IT” at Tech Industry Event CLEVELAND, OH (January 5, 2017) Indira Samuels was a recent college graduate and a single mom earning $15,000 a year working for Teach for America in Cleveland.  While teaching her students how to do computer coding, she decided to become a coder herself. After a 22-week coding bootcamp with Cleveland’s We Can Code IT, Samuels was offered a role as software engineer and a starting salary of $60,000. This is the kind of success story celebrated at the White House TechHire event in December.
Do you like it?1
Read more

“Hidden Figures” Film Inspires Cleveland’s Next Generation of Women & Minorities in Tech Fields Most of us know about John Glenn and Neil Armstrong – but few know that a group of brilliant African-American women mathematicians working at NASA helped Glenn become the first American to orbit the earth in the historic 1962 launch in the space race against Russia. That’s the untold story behind the new 21st Century Fox film Hidden Figures, released nationwide on January 6. Here in Cleveland, the film shines a light on the growing need to include women and minorities in science, technology, engineering, and math – particularly in IT and software development.
Do you like it?0
Read more

Sign up for our Learn to Code Email Series!

Interested in understanding the basics of programming and digging in a bit? Then this email series is for you. Click on the post and fill out the form to start now!
Do you like it?0
Read more 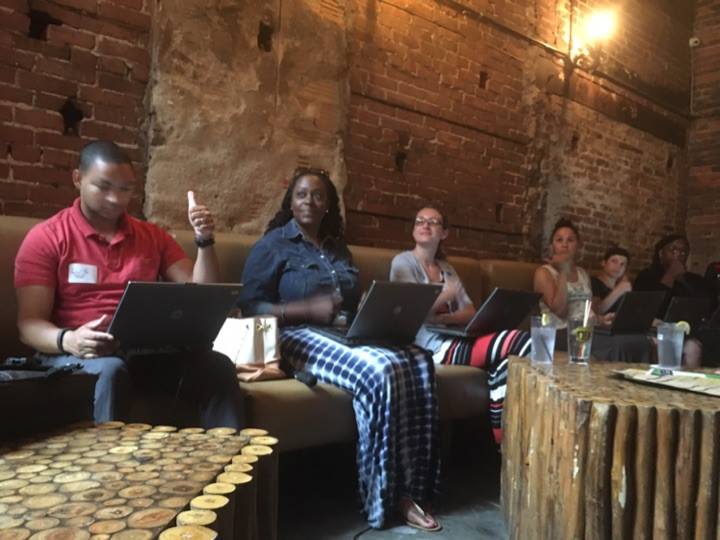 JP Morgan Chase will host the Inclusion in Tech Conference on Tuesday, December 6 at its headquarters in Columbus, Ohio. Working with close partners the Ohio Collaboration of Inclusion in Computing (OCWiC) and We Can Code It, the half-day conference aims to inform women about the career opportunities within computer science and information technology (IT) professions.
Do you like it?0
Read more
Prev page
12345678910111213141516171819
Next page