Ashley hated her college experience, not because she wasn’t bright, but because it dragged on and became difficult to manage. After a bad marriage, and an unfulfilling job, Ashley felt hopeless. That’s when her friend, Krista, told her about We Can Code IT. She found the atmosphere perfect for her. She picked her self up, and joined We Can Code IT’s part-time coding bootcamp. In the end, she triumphed over her naysayers, those who didn’t believe she could succeed in her career, and landed a great job that she loves before she even graduated!

College for me was honestly kind of horrible. My family placed a huge burden on me to not only go to college but also to go to a “good school.” I loved science and knew I wanted to do something in biology or chemistry. I was mostly interested in medical research and forensic investigation. I started at Muskingum college on their Pre-med tech plan. It basically meant double majoring in biology and chemistry. I was taking 20 some credit hours a semester as a freshmen. My grades where pretty good but because I took so many classes and spent all my time studying I really didn’t make friends there … I was lonely and I hated it. So I transferred to John Carroll, I commuted from home, I worked 30 hours a week and took on an equally heavy course load. A lot of people can do that… I’m not one of them, it was to much. I also realized I didn’t really like the lab work as much as I thought but had no idea what else I’d like to do. I also met the man who is now my ex-husband at the beginning of that school year. By the end of the year my mom decided she would no longer help me pay for books and I dropped out.

I went to a local business college and got an associates in medical assisting which was what mom wanted me to do and which I was able to complete while working two jobs. Then I got a job as a program assistant at an adult day care… Think STNA. I got married actually gave school another shot.. This time I went for nursing but again dropped out this time due to health problems… I briefly took classes online in public health after that also but by that time is exhausted financial aid and quit again because I couldn’t afford it.

Gets an unfulfilling job

I went from the adult day to working as a purchasing clerk and finally to a call center for an online air fun retailer which is where I worked when I attended We Can Code IT. I liked the job when I started but I was burnt out. I worked with friends which was nice but my ex-husband loved to shoot and had really wanted me to work there… So it was a constant reminder of him. Talking on the phone all day is way out of my comfort zone so it was emotionally and mentally draining job for me.

After my divorce I wasn’t really making enough money. I really didn’t have a lot of options for better jobs with my incomplete degrees and I was miserable at work. I applied for a lot of different things. My friend Krista talked me into trying out codeacademy and I liked it. I thought hey maybe I could make websites for people in some of the craft groups I’m in a make extra money but honestly I was just going through the motions because it gave me something to do. Krista decided on We Can Code IT’s coding bootcamp and told me about it. I was really happy for her… She said, “check it out you might like it.” I think a couple days went by before I finally took the test. And I passed and I spent like two hours online that night reading about it and something clicked. I realized hey it wouldn’t hurt see if I could do this. So I made an appointment with Shana and just knew I was in the right place. I left thinking I have no clue how I’m going to pay for this. Came home and told my mom… She laughed at me. She thought I would fail again but I think that’s what drove me to succeed.

The staff is great. Lauren has an amazing energy that makes it easy to want to learn. The whole hands on approach made the learning fun. A big thing for me is how encouraging everyone was. I’m more confident now then I ever was before learning to code. The class became really close and that was an awesome part of the experience too. Krista and I came together. We’ve been friends virtually forever and it was great to be on this amazing journey with her. We helped each other a lot, I’m naturally pretty shy so it helped me feel more comfortable in the beginning having her there. I came with one friend and left with at least 20 new ones. I started looking for jobs pretty much as soon as I started class. Not necessarily for coding but anything had to be better for me than my job at the time. As soon as we did our resumes with Patti I put mine on Monster. I found a job about a month before class was even over. I was placed by a recruiter who had heard of We Can Code IT and was a big fan. I got hired at my first interview which I think is pretty unusual. I love my new job. I’m still learning so much and I really know coding is going to take me to some amazing places. I look forward to going to work now. I love that ever day is different and challenging. 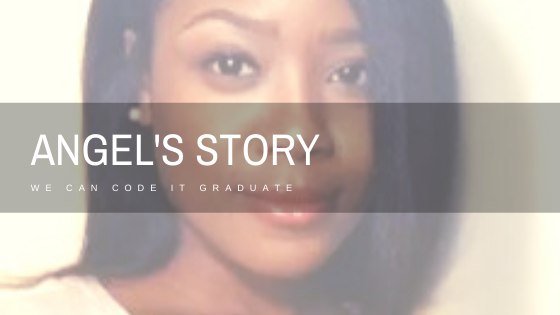 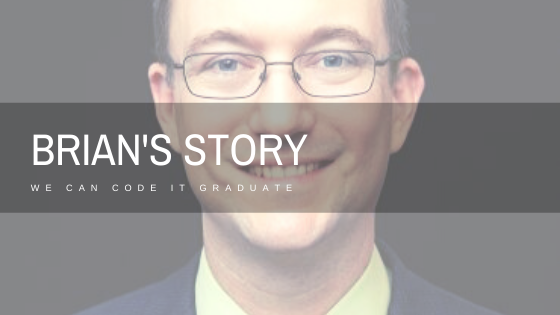 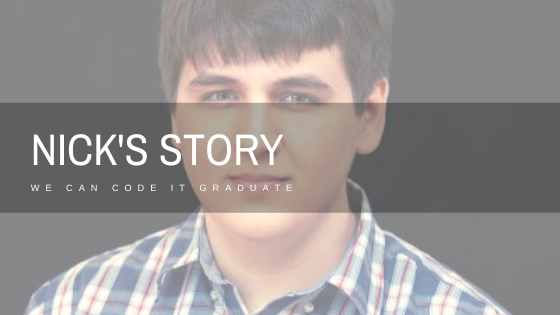 Coding Bootcamp Graduate Is Prepared for the Real World